Overclocking on the Pi 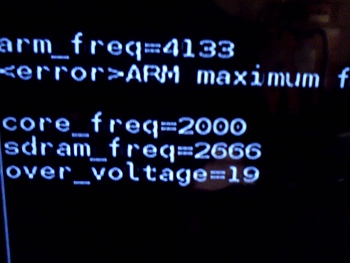 We have already talked about this twice on this blog. The Wikipedia explain as the process of making a computer or component operate faster than the clock frequency specified by the manufacturer by modifying system parameters.

It is a fascinating world that not all people make a practice. The Raspberry Pi Foundation allows us to implement a default oc setting from the application raspi-config.

In my case I always have the Raspi overclocked to 950 Mhz, but I have two sinks and allows me some peace of mind.

Today I read in the pg32spain.com forums that the user JoJo_ReloadeD has come to put the CPU to 1133 Mhz with this same system. 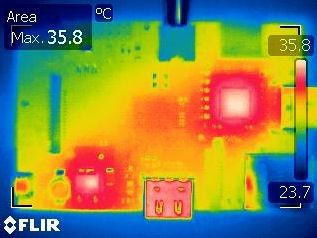 Hot spots in the Raspberry Pi

The values in the config.txt file are:

I put the link to read the thread if you are interested. Have you ever tried to overclock your Pi in extremis?