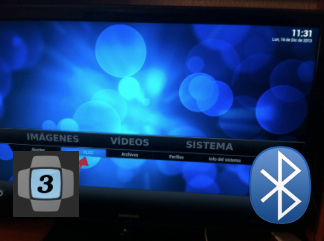 Today we'll see how to pair BT devices with OpenELEC

The new OpenELEC 3.x version has not only improvements about performance and speed. One of the features that best took into account has been setup any Bluetooth easily (keyboards, mice, speakers, headphones or mobile), and all through its menu.

I want to show you how to set up one of these devices (in this case an Apple Wireless Keyboard) with OpenELEC 3.2.4 on the Pi

Before the end of the year I'd planned to make a tutorial. I wanted to see if this new version is easier than before. The answer is yes.

The first thing to do is buy a Bluetooth module if you have not one already. You can purchase the Conceptronic USB Bluetooth which has been tested in the online shop raspipc.es through this link in Spain. In my case I'll use one from Trust: 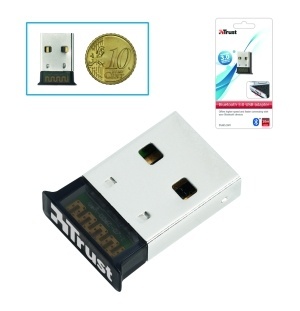 It has given me more than a headache on the desktop, either with Windows or Linux... but with OpenELEC on the Pi has worked for me from the first time. 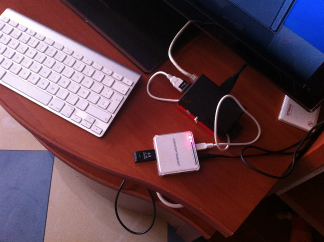 Raspberry Pi ready to pair... the lucky guy is an Apple Wireless Keyboard

As I have mentioned in the beginning, I will connect the keyboard from my iMac. I had trouble with that in the past too.

The first will be install OpenELEC (the latest version at the time of this article is the 3.2.4) on a SD card and plug your BT adapter (make sure you get enough power) before boot the Media Center.

Now we'll go to System > OpenELEC menu as I show you in the screenshot below: 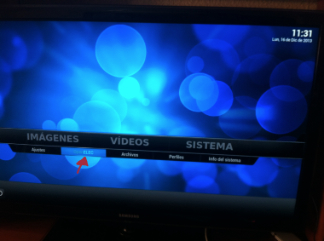 Press the image to full size

The system will be loaded as modules in the kernel to use your BT adapter. From the menu on the left, we will access to the Bluetooth section and there will appear different BT devices. To setup the keyboard, you should turn it off by pressing the power button for 4 sec. and turn it on by pressing it again another 4 sec. A green light will flash and the keyboard magically appears... 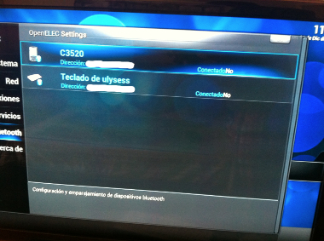 Then we select the keyboard and press ENTER or click with the mouse. Then it ask what we want to do: 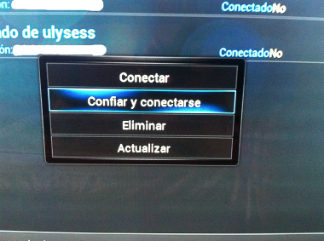 Rarely in life you can trust like in this case

Select Trust and connect to not ask us again in the future to match again.

Now depending the device you want to connect, will ask you for a PIN code which is usually 0000 for mice and headphones, or 1234. 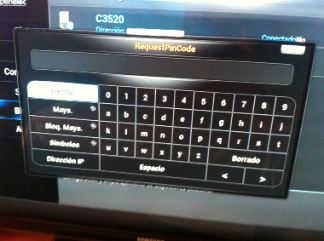 With this you will have already paired your device forever with OpenELEC as you can see in the capture. 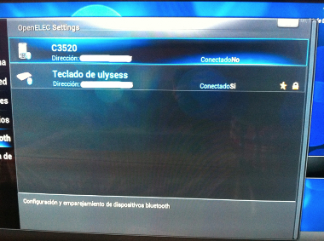 NOTE: No device was forced to marry with the Raspberry Pi after this tutorial. For this couple, they have some dates but they were distancing until he returned to his former partner (iMac 27", just so you don't say that size does not matter).