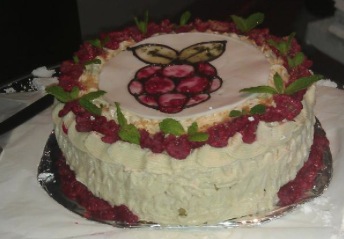 News does not stop repeated in all blogs: Our beloved Raspberry Pi turns 2 years old. From here I want to write my impressions and take a look the plans about their future...

It began as a project to bring programming to the English education system, and has become a set of goals and projects that have upgraded to better development board and why not, personal computer for everyday use.

In the interview published by makezine.com to one of its creators Eben Upton, says that neither expected so successful. It has not only entered into the classroom, but have created very popular clubs mainly focused on getting this board game throughout the world.

For just $36 we can get one to run some small projects with large-scale capabilities. Not forget to mention we can get a great Media Center or a great entertainment system with games.

The Future of Raspberry Pi

Apart from hardware improvements are still working, we'll achieve software improvements and the most important news is the release of the documentation about 3D graphics drivers for BCM21553 GPU thanks to Broadcom, which would support multiple devices to run Android 4.x. It will cover acceleration based on OpenGL ES 1.1 and 2.0 natively for many more projects that are already supported. If you want to expand the details about this documentation, you can see it in a great article on cnx-software.com.

Let's not forget a port of a web browser based on Epiphany and Wayland support.

Will we see a Raspberry Pi 2.0 in the horizont? The answer is NO. They think the Pi still have a lot of life and they don't want to leave it behind.

I have many projects for use it and in a year running this blog, I have not bored of it and I have not even thought that I need another having more power like the BeagleBone Black, although I miss that could run Android properly or have a decent web browser, but it will come, I'm sure.

Image on the top: sci-fi-london.com