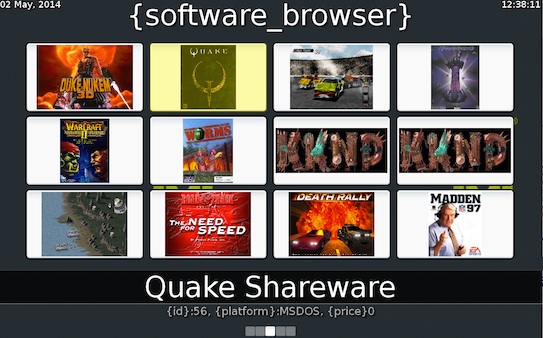 Another crowdfunding project that we can see and based on the premise of using AEROS operating system already talked as platform launching an SteamOS alternative like store. Let's see what offers to us...

Always is good for the community to support interesting projects to use with the Pi. Today I find this campaign to create a friendly environment with the AROS core and can be used on PC, Mac, RPI, ODROID or others. The UI is based on the Amiga MediaCenter and you can run games from Amiga , Windows (via Wine even ARM), Linux or AROS all via emulation. According you can read, it has the compatibility of Linux, because it is based on Debian, with the speed of AROS.

For the "free for all" AEROS release, which is something that concerns us all, they need 3,000 euros.

It is said that you will also have access through this system to Steam, Desura and other stores. For the Raspberry Pi, is planned to be also a gateway to Streaming from PC (with Limelight) and also serve as a platform of entertainment to watch multimedia files (videos, photos, music). Other things to pay attention is that run Windows 8 ARM apps with wine, though not perfect.

I leave you with the video of the campaign.