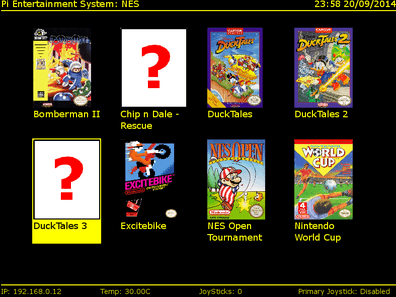 PES is a graphical front end for a variety of games console emulators that has been written in Python by Neil Munday which is intended for use on the Raspberry Pi.

Although Java is still the programming language most widely used in spite of me and Python is rising as the years go because of their community and their simplicity, are lenguages I would not use in my projects, and less one that should be a fast Front-End to load ROMs emulators.

Still deserves a chance. The image weighs a little already. Tell me what you think in the comments.