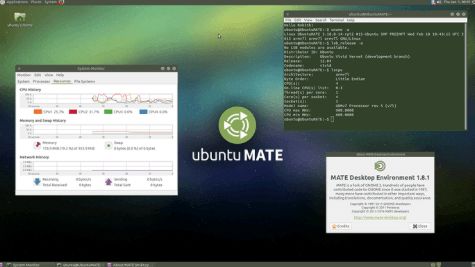 The Raspi has new OS, and now we are with ARMv7 seems that many distributions are thinking of a port and not just for our favorite board...

For NetBSD, the port comes both for the Pi and ODROID-C1. In this link you will find the latest stable version for the Pi. The funny thing is that they have optimized the operating system to use the GPU and support omxplayer, OpenGL ES, Quake 3 or RetroArch. Deserves a chance.

With NetBSD for ODROID-C1 is almost a piece of artisan and we must build image for ourselves. At least it's a start.

Ubuntu MATE 15.04 for Raspberry Pi 2 is based on the image of Ubuntu ARM (no Snappy Core) and still is a very early version, although fans of this distribution will see more progress over the month. I hope it will get support to the GPU to play videos.

CentOS community is working in a version to Pi2 and ODROID-C1 that we hope to see soon.