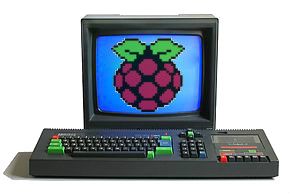 I think you must feel retro, programming on a Raspberry Pi, a game for the Amstrad CPC listening David Hasselhoff.

For those who do not know, the Amstrad CPC was an 8 bit computer that marked trend between 1984 and 1990.

Today we will see how to install CPCtelera, an engine which has just released its first stable version and greatly facilitates the creation of games for this computer with C or assembly code.

CPCtelera is an integrated development framework for creating Amstrad CPC games and content which includes:

His developer is a Spanish guy named Francisco Gallego (Twitter), among other contributors.

For more features of this framework, visit this link. 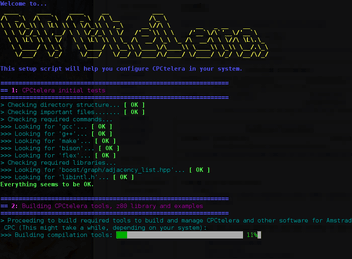 Now we install some dependencies: sudo apt-get install -y build-essential libboost-dev flex bison. On ODROID (Ubuntu) are already installed. Now you can invoke the installation script running the file ./setup.sh. It warns you with the necessary packages and prepare your system to run the engine. On both Raspberry Pi 2 - 950 MHz and ODROID-C1, it has taken about 20 minutes to compile. 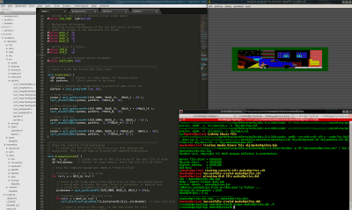 We have everything installed. If we browse through the directories, we can see some interesting folders as docs/, which contains the reference manual, or tools/ to make sprites, compose soundtracks (Trackers), format converters, etc. Some of these tools are for Windows.

To create a new project from Bash, type:

Now cd to the dir and you can see two directories:

You have examples/folder with examples you can study. Just cd to the dir, run make, and automatically create .CDT and .DSK files. So cool, isn't it?!

Now it's your turn. I recommend you to start studying the examples in examples/easy/src, modify and compile it.

Remember that to get an emulator, you can install Caprice thanks to PiKISS for the Pi and test your creations (Do you know any emulator for ODROID?). At the end of this post you have a link to the reference manual with all the info you need to know about functions and methods available. If you know something about SDL, everything will be a little easier.

By the way, the developers accept donations via Paypal here.