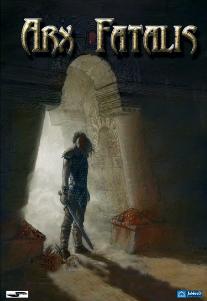 In the May issue of the journal ODROID Magazine, you can read an article about how to play a classic RPGs with this board. I talking about Arx Fatalis.

If you had no chance to play this game, NOW IS THE TIME. Choose your board: Raspberry Pi 2 (Raspbian) or ODROID (Ubuntu).

"This critically acclaimed first-person RPG takes the player on an amazing journey into the fantasy world of Arx. The game mixes intelligent story with immersive and actual medieval surroundings. Arx Fatalis allows the player to feel that all his actions have a direct consequence on those around him. The goal of the game is to destroy the secret cult of Akbaa, the god of destruction. As a player, you must prevent the return of such a cruel creature to the physical world. Should you fail, Akbaa is bound to impose its terror upon the world of Arx."-Steam

It was developed by Arkane Studio, a French company that would engage us later again with the famous Dark Messiah of Might and Magic. This company has had many successes and many cancellations until the company ZeniMax Media acquired Arkane in 2010.

It can be purchased on Steam with text in multiple languages (including spanish). 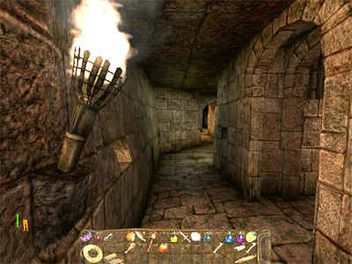 Don't you want to walk through this dungeon now that summer is comming?

This is the port based on the source code released from the original game. So it can be enjoyed on new platforms now and forever. The game runs with ./arx and also brings another file named arx-install-data if you have the original game and want to use the files needed to run. The configuration files are in ~/.config/arx/cfg.ini and the files for the game you must placed in ~/.local/share/arx/

The configuration file can fix some problems. If for example gives you the following issue when run:

You must to change the line resolution="auto" to resolution="1280x720", or another resolution that your TV support.

[ PiKISS, to the rescue again ] 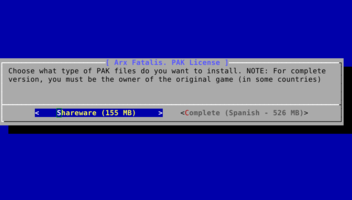 I have taken more than a week refining and testing the script. I had problems with the Raspberry Pi 2 and some textures, but as you can see in the video above, is playable. Maybe it's the latest version of Raspbian I use the problem and the SDL libraries (who knows). In ODROID runs flawlessly. I have installed the game on Debian 8 and PiKISS added support to the game, and if I ever want to play in my PC, it does not have to worry much about the packages you need to install or where to get the .PAK files.

The game immerses you in a world underground with much emphasis on combat and spell system he had seen in other games like Anvil of Dawn or Stone Keep. Now you have the chance to play again.