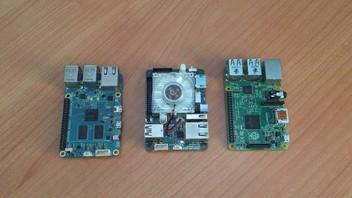 Finally, after weeks of waiting, finally I got my ODROID-XU4. At first contact, I have feelings for three reasons: A small problem I had to boot from the eMMC, due connect a keyboard through the USB port 2.0, the fan noise (which I'm not used since working with iMac) and Ubuntu Mate, which is not yet mature to be used with this board. Otherwise, it behaves almost like a desktop computer in speed according to some tests I've done.

While I encourage to do some benchmarks, let's see what has happened this week in the Pi World...Let's go!

How to Stream your Steam Games to the Raspberry Pi