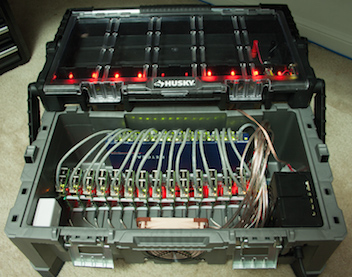 Through a Slack channel commented to me about this project did not know and that I was surprised by their appearance. A user has pluged in no more and no less than 15 Raspberry Pi in this monstrous box with which you can invoke Arioch.

The premise, as their author said, is create a portable, self contained cluster of computers that only requires a single power cable and an Ethernet uplink cable to operate.

With 15 Raspberry Pis and 4 cores for each one, I'm pretty sure you can perform these tasks with costs us hours. More details on the following link.