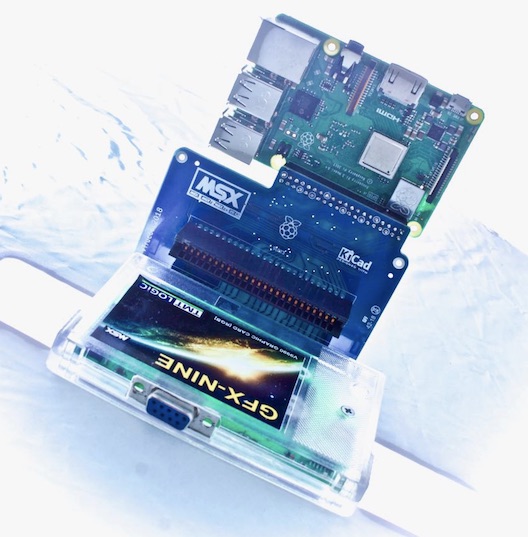 You know I'm a fan of retro computers. I had a ZX Spectrum, but also spent my childhood with a MSX. With this computer you could load games through cassettes, floppy disks and cartridges. Imagine being able to use a Raspberry PI not only for SD card programs, but also for real MSX cartridges. Victor Trucco (@victortrucco) has put this into practice. Do you want to know more?...

The project is in an early stage, but games of the first MSX generation run without other big problems. BlueberryMSX, a ported BlueMSX by known MRC member uberjack supports the new extension so far, we hope for soon integration of openMSX.

The board is based on the GPIO of the RasPi. The cost for a single interface is 45 Euros (A little more if you are based on Europe).